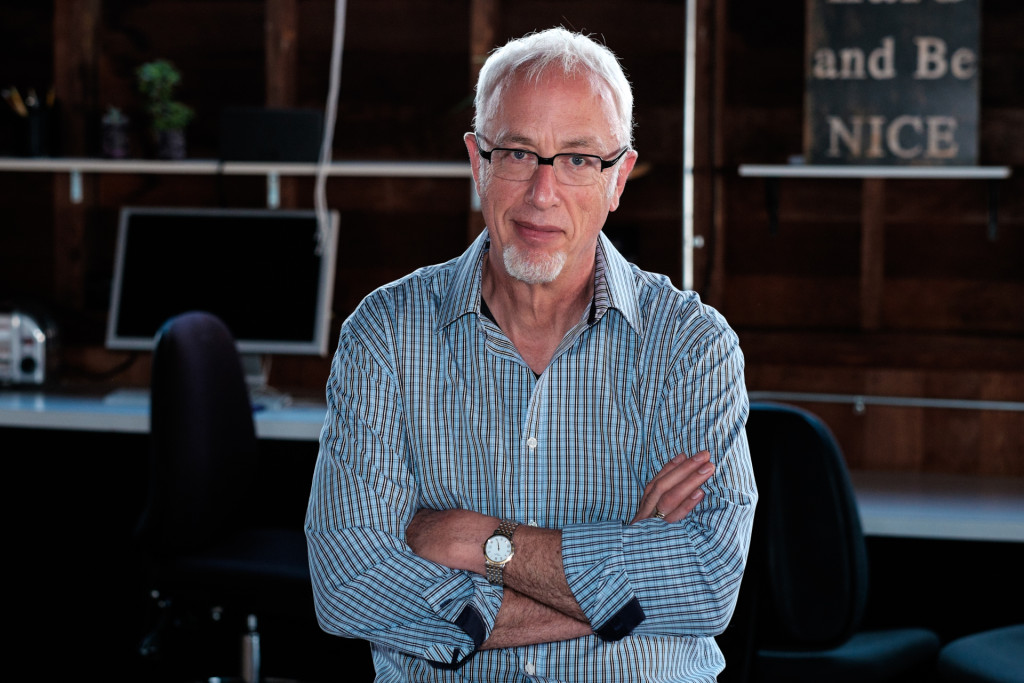 I have lived in Santa Barbara since 1972 and had my first cooking job in town at Vista del Monte, the retired teacher’s home on Modoc Road. I learned how to cook for hundreds of people and how to be resourceful on a budget. From there I ran the off-campus food service at UCSB at the Tropicana Gardens and the Fountainbleu.  I was also the chef at Westmont College in Montecito, the Cate School in Carpinteria, and Pepperdine University in Malibu. I took a few years off from institutional cooking and helped to build the Presidio Café, the John Dory, and the de ja vu Café in downtown.  I spent the last five years as a professional chef working for the Jesuits at their retreat on Ladera Lane in Montecito. The stint at the Novitiate was one of the most fulfilling jobs of my life. I was able to experiment and freely express myself and find out what I truly loved about cooking. Since then I have been a software entrepreneur in Santa Barbara, first at Wavefront and since 2003 as the CEO of introNetworks and the Ambassador for 805connect. I have always been a proponent of farm-to-table and shopping the day of to get the freshest ingredients. Over the past few years, I’ve focused more on the nutritional aspects of my diet and have experimented extensively with raw foods. You can find me most Saturday mornings at the Santa Barbara Farmer’s Market. I stay away from processed foods, processed sugars, wheat, but enjoy meats, butter, and am not a zealot about my food choices. The extra thought and preparation take a bit longer, but it’s worth it. I began my raw food journey in the winter of 2010 when a friend introduced me to Rawvolution in Santa Monica. Later that month my wife took me into Pure Food and Wine in NYC and life has not been the same since. Upon returning to Santa Barbara, I started making recipes out of Matthew’s book and became obsessed with the cuisine. I quickly amassed a large collection of books and have adopted a ‘raw til dinner’ lifestyle. I’m not vegan, and I enjoy proteins and dairy, on occasion. I’m a flexitarian. If I had to choose one food I’d recommend having every day, it would be fresh green juice. The health benefits are vast and I’ve been drinking a homemade brew first thing in the morning for several years. My kitchen has changed significantly now with the addition of the tools specifically suited for preparing raw foods. I can’t imagine life without my Vitamix and dehydrator. My go-to tools include a mandolin and lots of gadgets that help me tremendously. I love the tools of the trade so much that I write about them in my In the Kitchen section. My pantry has changed as well. I now stock raw cashews, almonds, nutritional yeast, dates, raw honey, coconut sugar, maple syrup, coconut oil, hemp seeds, and a variety of spices that I’ve dried so that I have them handy. There’s nothing like my homemade dried ginger or fresh mint. I’ve lost almost 45 pounds since eating predominately raw and my blood work and lab results have amazed the doctor.I feel better than I’ve felt in years. There’s a ton of science and literature about every aspect of raw, living foods. I encourage you to read up and understand how this way of eating is so beneficial. I like it because these foods can taste amazing. I’m influenced by raw, plant-based foods, yet explore all cuisines. I’ve learned how to modify and adapt recipes and use alternative ingredients without sacrificing the intent of the dish. 2021 Update Wow – I worked hard on this site in 2015 – now, six years later a lot has changed and a lot is still the same. I still love cooking and self-identify as an Omnivore these days. I hope you enjoy the recipes and ideas here, if you do, drop me a note, I’d love to hear your story.